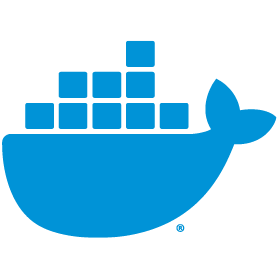 I'm terribly behind in announcing it, but I'm thrilled that I've been selected to speak again at Adobe CF Summit 2019, to be held in Vegas Oct 1 and 2 (with the pre-con on Sep 30). Both topics are on using Adobe's ColdFusion Docker images, and are designed for people who have not yet gotten into Docker at all, or for those familiar with Docker but not the Adobe CF images.

After sharing the talk titles and descriptions, first for the hour-long session and then for the day-long pre-conference session, I'll share a couple more thoughts, especially for those considering going to the conference, which I highly recommend.

I'll also point out that I have started doing posts on the CF portal introducing folks to the Adobe CF Images. But for now the sessions will cover a lot more detail than the blog posts so far. That will change over time. (I'm not sure how much I will have blogged before the sessions below.)

So first up, here's the preso's description (sadly, the UI for the Summit doesn't allow me to point a URL to the talk, but it will be on Day 2, Oct 2):

Did you know Adobe has provided Docker images since CF2016? Do you how to use them? Might you be new to containerization, even though Docker has been all the rage for some years? Hey, you're busy. It's understandable.

I'm this talk, veteran CFer Charlie Arehart will lead you through a fast-paced introduction to Docker in general, and CF's images in particular, as well as communication among containers, orchestration of multiple containers, and more. He'll show easy ways to get started and be running in minutes, including options that require no software installation at all, whether for playing or for production.

Whether you're a developer, an admin, a tester, team lead, business person, or other, there's value in understanding containers. And even if you're already using containers, you may pick up a tip or two. Indeed, Charlie will end by pointing out several others resources for learning still more about this burgeoning part of the IT landscape.

Some may think that ambitious to cover in 50 mins, but I'm confident I can do it! While there's of course a LOT that one CAN learn and know about, and much that one SHOULD, there's also some key info that will help most.

Day-long pre-conference session: "Going from Zero to 60 with Docker and ColdFusion images"

And on the day before the conference (Sep 30), I will offer a day-long pre-conference session that will go in to much more depth. Again, it's suited for those new to Docker or just new to the CF Docker images.

Have you boarded the Docker train yet, as the new way to run server software? Did you know that Adobe (and others) provide ColdFusion images for CF2018, CF2016, and more? If you didn't know, you're not alone. Or maybe you tried working with them, perhaps only dabbling or ran into challenges that discouraged you. Either way, are you aware of the many powerful ways that containers can be used, whether for development, testing, research, or production?

In this day-long session, veteran server troubleshooter Charlie Arehart will guide participants new to the topic in a hands-on introduction to the world of Docker, especially leveraging ColdFusion images from Adobe and others. It's ok if you've still never even used Docker, and it doesn't matter whether you favor Windows, Linux, or MacOS. We'll cover some basics and then move quickly to your actually using CF and other images and containers, learning as you go, including tips and techniques that may delight those who've worked with Docker for some time (including solving common gotchas, and command-line tips, including alternatives to using that).

Most important we'll use real-world demos (on your own machine or via a freely available remote service that can be used for demos at the workshop or afterward) to help show WHY containerization is so compelling. We'll show how easily you can bring up and network together multiple containers (using Docker Compose), including use of different web servers, database servers, caching servers, Redis for external sessions (new in CF2016), CF's add-on service (for use with its Solr and PDFg features), CF 2018's PMT and more. We'll also see the power of easily trying out different VERSIONS of such services, and in various combinations.

Along the way, we'll learn how to use "volumes" in Docker, which allow us to reuse existing code and data with containers--as well as how to preserve and/or destroy generated information upon restarting instances. And since things don't always work well, we'll learn how to troubleshoot containers, beyond just using logs. For many, getting to this level of understanding is enough to open a whole new world of making productive use of containers, whether for development, testing, research, and/or production deployment, including CI/CD.

Finally, we'll show how easily you can get started in "orchestrating" all these instances, with multiple clustered instances spinning up and down based on demand and being watched with health checks, whether using Docker Swarm and Kubernetes (as well as some alternatives that are growing in popularity). We'll see especially how we can demonstrate both of those right on your laptop, or again using a free remote service for demonstration--and even if you may ultimately deploy onto some other production server or platform as a service (like AWS, Google Cloud, or Azure. We won't have time to explore each of those in any depth, but you will see how easily you can move to them if desired.)

Of course, like any IT platform, not everything is perfect when working with Docker and related tools/services, but it's a constantly evolving topic and toolset. We'll cover some of the warts that may have plagued past users, whether with Docker and related tools in general or with the CF images in particular, and we'll see how most such issues have been resolved or may be soon. We'll also touch on such diverse topics as licensing of CF containers, OS differences regarding containers, image registry alternatives, security matters (including storing sensitive data as container "secrets"), and more.

By the end you'll have seen how easily you can be working with CF on containers, literally going "from 0 to 60" in just the one day. And along the way you'll learn of ample resources for learning still more as you wish to expand on topics or get help on your own, whether you prefer slack channels, twitter feeds, mailing lists, docs, online courses, podcasts, videos, free online labs, and more.

(More details, including what software to implement and what containers to obtain in advance, will be provided to participants in the weeks before the workshop.)

The Docker landscape is indeed changing, so you may read things from 2 or 3 years ago which are already outdated (heck, even if just one year or even one month, as things do change). But containers are an important part of our field, and many folks are heads-down doing there job and not yet (or only now) paying attention to them, this this talk.

About the pre-cons, while they are not inexpensive ($348, price set by Adobe, and not split with the instructors), I do think they are all worth the price. And FWIW, I did one last year (on CF Troubleshooting) and got very high ratings.

Other info about the conference

The conference is a great one. You may have already heard the following elsewhere, but note:

There are no comments for this entry.